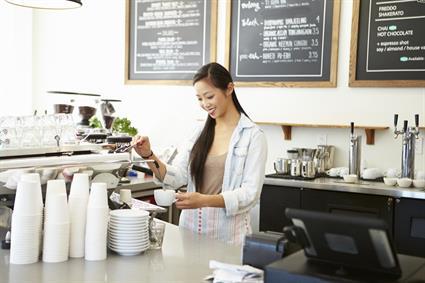 Proposed changes to the workplace relations system would mean that SMEs could provide a new type of statutory contract to sign up employees. Such a contract could involve modified basic award conditions.

There were also suggested cuts in Sunday penalty rates for those working in sectors such as retail and hospitality.

The enterprise contracts were referred to as ‘hybrid deals’ because they’re considered as a combination between an individual flexibility arrangement and an enterprise agreement. This proposal would also allow small businesses to alter terms for either a group or class of employees without consulting each individual worker.

These contracts would need to undergo a no-disadvantage test when submitted to the Fair Work Commission. Current employees will be able to choose whether to continue with their existing contract or sign the new agreement. New workers, on the other hand, would need to sign the proposed contracts.

We have designed a concept that may assist those small businesses which would like to remake an award to suit their business but don’t want to breach the law.

Productivity Commission chair Peter Harris considered the current process of enterprise bargaining as 'lengthy exchanges with the regulator and unions':

‘We have designed a concept that may assist those small businesses which would like to remake an award to suit their business but don’t want to breach the law’.

Canberra Business Chamber chief executive Robyn Hendry, told the Canberra Times that the offer of enterprise contracts and lower penalties would be positive for both small and big business in the ACT looking for greater flexibility.

‘None of us want long term unemployment increasing, if we can create jobs around broadening that base on the weekend, I think we have a big opportunity on the visitor economy front as well’, said Ms Hendry.

However unions, such as the Australian Council of Trade Unions (ACTU), and Labor have condemned the proposals.

I actually think there’s elements of this that are worse than WorkChoices, particularly the enterprise contract arrangements where they can make it a condition of employment to basically trade-off conditions that you currently have under the award.

Dave Oliver, ACTU secretary, said that the combination of ‘enterprise contracts’ and decreased penalty rates were ‘about going after the most vulnerable people in our society’.

‘If the government wants to pick up these recommendations, the Australian trade union movement is going to rise up and take them on head on and will fight them in the marginal electorates and ultimately at the ballot box’, he said.

‘I actually think there’s elements of this that are worse than WorkChoices, particularly the enterprise contract arrangements where they can make it a condition of employment to basically trade-off conditions that you currently have under the award.’

However Kate Carnell, Australian Chamber of Commerce and Industry chief, was more positive about the impact the proposals could have on small business:

‘The problem for small to medium-sized businesses is they don’t have access to enterprise agreements. This is a method of giving them an opportunity to come to an agreement with their employees’, she told The Australian.

These contentious proposals follow a perceived 'parliamentary stunt' in June, whereby Labor accused the Abbot government of voting against their own small business measures.