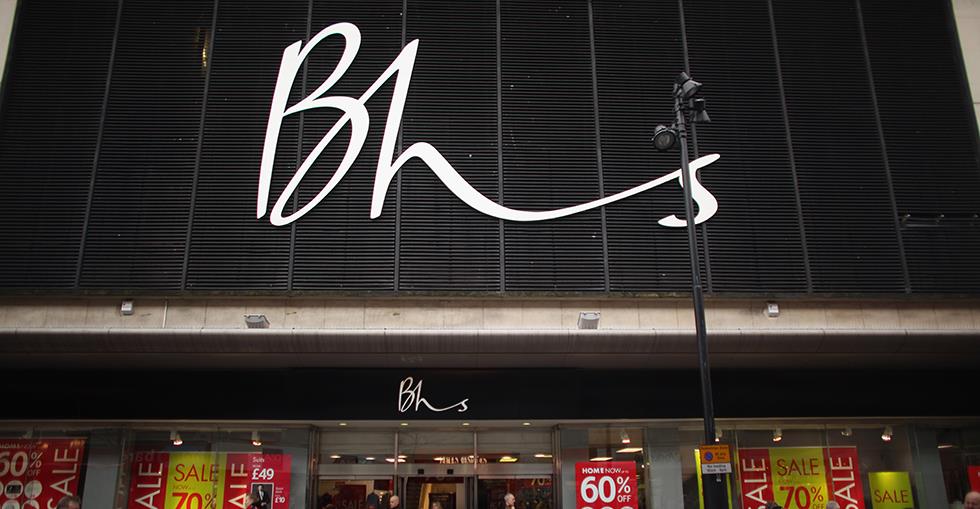 The end of a British high street giant?

The British high street has suffered its greatest loss since Woolworths collapsed in 2008. BHS (British Home Stores), which employs 11,000 people in 164 shops, has filed for administration.

Staff were informed this morning that recent attempts by company shareholders to find and buyer for the business had failed and that administrators Duff & Phelps will now take over the management of BHS and its assets.

Duff and Phelps have said they will try to keep all the shops open as they search for a buyer for all or part of the high-street chain. They made this statement as the news broke:

‘The group has been undergoing restructuring and, as has been widely reported, the shareholders have been in negotiations to find a buyer for the business. These negotiations have been unsuccessful. In addition, property sales have not materialised as expected in both number and value.

‘Consequently, as a result of a lower than expected cash balance, the group is very unlikely to meet all contractual payments. The directors therefore have no alternative but to put the group into administration to protect it for all creditors. The group will continue to trade as usual whilst the administrators seek to sell it as a going concern. Further announcements will be made as appropriate in due course.’

Dominic Chappell, owner of the 88 year old business, said in a letter to all BHS employees last night:

‘It is with a deep heart that I have to report, despite a massive effort from the team, we have been unable to secure a funder or a trade sale.’

Chappell was at the helm of the Retail Acquisitions consortium that purchased BHS for £1 from Sir Philip Green last year.

The consortium has recently been attempting to raise £100m from property transactions. The sale of the Oxford Street lease in London for £30m was a great deal less than they hoped for and further attempts at sales have not paid off.

Additionally, attempts to secure a £60m loan from private equity firm Gordon Brothers and to raise £10m from changing the terms supplier agreements, have both failed.

The demise of BHS has come at a difficult time for the government as it tries to lessen the blow to the steel industry felt by the Tata Steel crisis in Port Talbot, which has left the livelihoods of thousands at risk.

‘Worrying news for BHS workers…the Government is in close contact with the company's management at this difficult time.’

The future of this British retail stalwart now hangs in the balance as it remains to be seen whether Duff & Phelps can save the company as a going concern whilst selling off property, leases and stock in order to repay its creditors.

Nicky contributes articles to all titles in the Dynamis stable, primarily BusinessesForSale.com, FranchiseSales.com and PropertySales.com and is a regular contributor to other business publications including Talk Business, Bdaily.co.uk and NuWire Investor.

Sector Spotlight: Hair Salon
Is it time to take your passion to the professional level?

The Business Buyer and Seller Market- A Survey
Australia has hundreds of entrepreneurs that are ready to use their cash to invest in businesses as asking prices fall in the wake of the COVID-19 crisis.

How to Run a Garden Centre
Learn how to cater to living spaces and boost your sales!