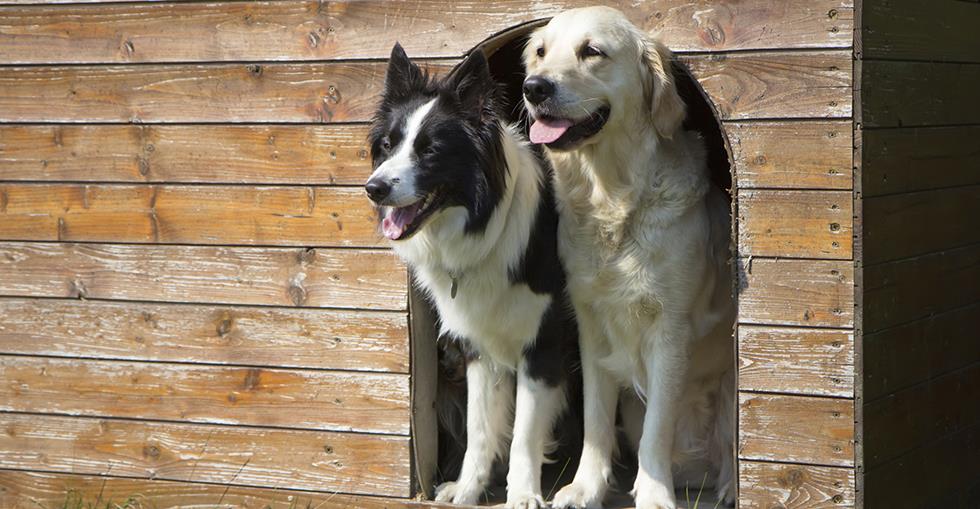 Our look at the current trends in the boarding kennels sector.

Boarding kennels have always functioned as safe havens for our precious pets when the annual holiday comes around.

However, recent trends – in what we expect these establishments to have on offer and in the way in which we spend our own holidays – have changed the sector considerably.

A whole industry has grown out of our evolving attitude to dog-care. Pet boutiques selling anything from doggie- to diamante collars and canine beauty parlours are now the norm on the high-street, and standards in dog nutrition have left the basic can of chow gathering dust.

Pet-care as a whole is a booming industry – in the US, more people than ever own a pet and it is telling that the industry has grown steadily over the past decade, despite the global recession. In 2007, at the start of the economic crisis, US consumers spent $41.2 billion on pets. That figure increased to a staggering $60.28 billion in 2015.

Pet ownership and the trend for pampering our pooches really took off with the Boomer generation who enjoyed far greater spending power and leisure time than their predecessors. The 'humanisation' of pets and growth of an industry catering to their every need has now been passed on to the Millennials who hold their animals in equal esteem.

The kennel industry has necessarily changed with the times, as client’s expectations have risen exponentially. Indeed, the pet boarding and grooming sector experienced an astounding 6.6% growth between 2015 and 2016 to total $7 billion in spending, which makes up an impressive 38.4% of industry revenue.

In Australia, around 40% of households own a pet, including at least one dog and there are an estimated 3.75 million dogs in the country as a whole. Pet-care is valued at AUD 4.62 billion annually, over half of which is spent on dogs.

It seems that this is a ‘recession proof’ industry and animal lovers worldwide are taking on more pets – some reasons being that people are having children later and the proven benefit to stress levels and health an animal can bring.

And when owners go away, these growing numbers of furry friends need somewhere special to go.

The 'kennel' and the 'dog hotel'

There is now a marked distinction between a humble ‘kennel’ and its glitzier cousin, the ‘dog hotel’. Kennels traditionally have partially open pens, with partition walls and mesh doors and are fairly stark in decor.

As sensitivity has grown about the stress such noisy and exposed environments can cause the family pet, the ‘dog hotel’ has come into its own.

Offering single rooms with solid walls and catering to number of animals, this ‘home from home’ can also provide a whole range of services to ensure the dogs’ stay is as comfortable as possible.

A resident of a ‘dog hotel’ or ‘boutique boarding kennel’ can expect anything from luxury grooming, outdoor agility areas, gyms, in-house training, on-line pet-watch and chauffeur collection and delivery.

Check out Melbourne's Pets Hotel or the Dog's Country Club and Kennel Resort.

Even the most standard kennel is having to adopt some of these features to remain in .

The impact of travel trends

Trends in our own travel have had a deep impact on the fortunes of the boarding industry. In the early 2000s, before the downturn, people had more money to spend on holidays, and travel became cheaper so kennels were in high demand.

Whereas it is likely that many people are now staying in their native country, taking their animals to ‘pet-friendly’ holiday destinations, as oppose to jet-setting – it is also true that when a boarding facility is required, owners want quality service and are willing to pay for it.

It is clear that the boarding kennel industry is evolving rapidly and is likely to offer high returns to any investor willing to run with the pack.

Interested? Take a look at our boarding kennels for sale at BusinessesForSale.com

Nicky contributes articles to all titles in the Dynamis stable, primarily BusinessesForSale.com, FranchiseSales.com and PropertySales.com and is a regular contributor to other business publications including Talk Business, Bdaily.co.uk and NuWire Investor.

An introduction to buying a newsagency
From suburban milk bars to city Lotto agents, the average Aussie newsagency retails a whole lot more than newspapers, lollies and milk.

How to be a successful cafe owner
Knowing where your strengths and weaknesses lie is an essential part of running your cafe business.

How post offices are diversifying their offering
In order to attract more custom, post offices need to expand upon the services they offer beyond delivering post.